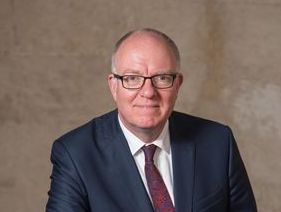 Richard Ovenden has been Bodley’s Librarian (the senior Executive position of the Bodleian Libraries, University of Oxford) since 2014. Prior to that he held positions at Durham University Library, the House of Lords Library, the National Library of Scotland, and the University of Edinburgh. He moved to the Bodleian in 2003 as Keeper of Special Collections, becoming Deputy Librarian in 2011. He was educated at the University of Durham and University College London, and holds a Professorial Fellowship at Balliol College, Oxford. He is a Fellow of the Society of Antiquaries, the Royal Society of Arts, and a Member of the American Philosophical Society. He was appointed Officer of the Order of the British Empire (OBE) in The Queen’s Birthday Honours 2019.

Richard serves as Treasurer of the Consortium of European Research Libraries, as President of the Digital Preservation Coalition, and as a member of the Board of the Council on Library and Information Resources (in Washington DC).

Burning the Books, A History of Knowledge Under Attack (2020)

Learn how you can deliver a real-time discovery experience and streamline #library workflows through a single point of administration. Discover how in this webinar -> https://hubs.ly/Q01mWjCf0 #ElevateYourLibrary

Be sure to stop by Booth 100 at #CSPC2022 to learn about the latest product updates & news! We look forward to connecting with you. @ClarivateAG @ExLibrisGroup

Hear from our partners at #Rīga Stradiņš University about how they're using their #campusM app to engage and support students.
Register here >> https://hubs.ly/Q01srHyG0

The ELUNA learns 2022 series continues today! The focus today is on #Discovery. Learn more from customers presenting about database discovery through #Primo and gain more insight about implementing direct linking with #Alma and #Primo. Register at: https://hubs.ly/Q01sr_9_0