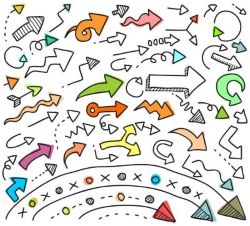 The participants of the focus group were:

The focus group wrapped up at the end of 2021 and the LTI 1.3 Focus Group Final Report is available for the community to review. We hope it will supplement the work already being done by Ex Libris and the community to support this important implementation.

To support the larger community’s current and planned migrations, the Leganto WG are also providing a Leganto LTI version and Learning Management System combination spreadsheet.  If you are willing to be contacted by other community members, please add your institution and LMS to the list.

Hello New Orleans!! How lovely to see you 🥰

Managing and using reading lists is about to get easier!

Leganto – the new ANU course reading list system – is about to launch for all ANU academics and students in time for Semester 1.

Discover how the #library at @EdinburghUni strengthened its value and impact by streamlining the purchase of course materials with the help of #Rialto & #Leganto: http://ow.ly/EVUq50MzSWG

Have you downloaded our #LibraryMobile app yet?

📱 #RutgersLibraryMobile, powered by @ExLibrisGroup, is an innovative tool designed to enhance your @RutgersU library experience.

It's great to be sponsoring the #NISOPlus23 conference again this year. If you haven't looked at the program yet, take a peek at https://niso.plus/np23schedule/.

ICYMI Big shout-out to @ExLibrisGroup and @copyrightclear - our latest sponsors for #NISOPlus23! Thank you both for your support (and thanks to all the many generous sponsors joining us this year). http://niso.plus/sponsors/